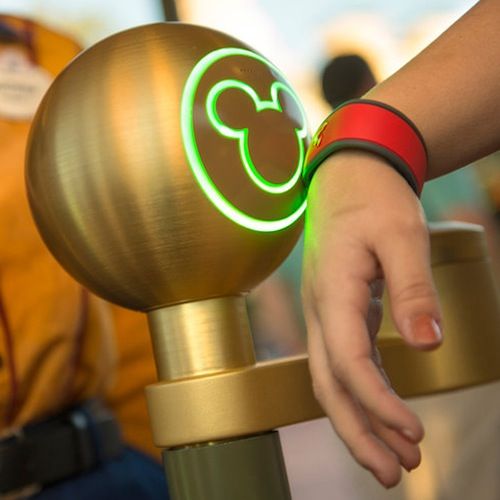 290: The Good, the Bad and the Ugly Side Of Technology at Universal Studios & Walt Disney World Orlando

I recently enjoyed a father and son adventure to Florida to soak up the best the parks and rides Orlando has to offer. But, the trip was quickly dominated by technology, so I decided to record this solo show talking about the what works and what doesn’t across these famous parks.

Before checking into Disney or Universal Studios, within 2 hours of landing from a 9-hour flight we decided to check out the Orlando Sling Shot ride.This ride has also found universal fame after many of the videos have gone viral on their Facebook page. We have grown men crying like babies or passing out as they are catapulted into the air. Me and my son Louis had found these videos incredibly entertaining so decided to give it a try.

At the end of the experience, you are handed a USB wristband where you can take it away and upload your video to Facebook, Twitter, etc. and help fuel this obsession of people struggling with the ride. Of course, we did the same, and we were able to share the videos to the Tech Blog Writer Facebook Page and indeed my Twitter feed @neilchughes.

Our father and son adventure began with a 9-hour flight and riding the Orlando Sling Shot…TWICE! #orlandoslingshot pic.twitter.com/ZWmRpDiZtA

Alternatively the following day, we went to Universal Studios, and there are so many great rides there such as the Hulk, Spiderman, and the Harry Potter stuff, but possibly the scariest ride is the Hollywood Rip Ride Rockit.

However, when we finished the ride, you could by video footage of your experience and gain Social Media kudos points. But if you buy it and want to share it straight away, you would be sadly be disappointed as it’s only available on DVD! What’s all that about? My laptop doesn’t even have a DVD player anymore, and their delivery seemed to be stuck back in 2001 before the days of instant sharing.

It highlighted to me as to just how much technology is changing the customer experience and also our rising expectation levels. Hand me a DVD at a theme park, and I immediately think what am I going to do with this? Physical Media is all but dead right? Predictably, Disney seems to be stepping up to the mark and are leading the way here to create a pure friction and pain point free world across all of their parks.

Disney has introduced a MagicBand where you no longer need to carry cash because the device is linked to your credit card. You don’t need to wait in long lines because you manage your daily three fast passes through the band. Remember the days where you leave a ride that has taken your picture, and you look up at those big screens with your shrieking face only to be asked if you want to buy it for $20 but never do? 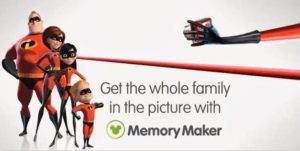 Now for anyone that has a Memory Maker add-on, they just simply swipe the band or pass on the point next to the screen with their pic, and it gets sent directly to the My Disney Experience App.Everywhere you go in the park there will also be Disney photographers taking photos. Once again, they take your pic and scan your card or pass and boom it automatically gets sent to your phone.

We often here how Apple, Facebook, Google and are trying to build a world like this, but have already done it. The My Disney Experience site or mobile app and the ability to schedule our FastPass rides ahead of time was incredibly useful. You know what really blew me away? Looking around, there was no tutorial or introduction required. Visitors from all over the world and of all ages just instant got it, whatever they wanted they just swiped they pass or MagicBand on the Disney Mickey Mouse silhouette and that got their reward.

This was a stark contrast to seeing people trying to work out how the hell to hire a locker so they can just get on the Hulk Ride. The difference between these two tech-based solutions has Universal had too many learning curves while Disney used a combination of tech and “natural behavior.” to secure the wow factor and remove pain points. No carrying cash, no waiting in long lines this offers visitors value.

At Universal, you go to a ride only to be turned away and told to hire a locker which has a long line of people scratching their heads trying to get to grips with the system while techies get frustrated at behind them. But, this is the point, the world is not full of techies and should not be designed for them. Simplicity is the key to everything.

I must mention Universals Volcano Bay which is attempting to raise the bar in water park tech with TapuTapu wristbands that alert riders when it’s time for them to ride, something that the current generation of MagicBands can’t do. But, it seems to be broken at the moment, and as I record this, the team are still trying to work through glitches. 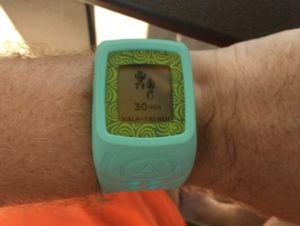 While here I have learned that you need to start queuing by 8 am to have any chance of getting in and that 3 of the rides are currently under maintenance and if Trip Advisor reviews are to be believed then I would avoid the park until all of the glitches have been ironed out because it’s currently being classed as a tech fail that delivers more problems rather than solving them.

Swiping your wrist against a Mickey Mouse sensor to open your hotel room, get immediately onto a ride via a fast pass, pay for your food or send photos of your day directly to your phone, that is a universal language that we all get. The more cynical among you might think it’s a more sinister way to get you to part with your cash quicker. But as a customer experience, I have never experienced anything like it and technology was at the heart of everything.

Most importantly we experienced no hassle, tech faults or glitches. Everything just worked seamlessly. As a tech guy, I know all too well that delivering simplicity and ensuring it just works is not as easy as it looks.

A guilty pleasure of mine is the Carousel of Progress at the Magic Kingdom. This attraction debuted in New York at the 1964 World’s Fair. Walt Disney designed it, and it quickly became one of the most popular attractions. Steeped in both nostalgia and (In the past) futurism, the attraction’s premise is an exploration of the joys of living through the advent of electricity and other technological advances during the 20th century via a “typical” American family.

Depending on your viewpoint you will see it as one of the few remaining elements of “Walt’s legacy,” or as a dated attraction. But I love how this Audio-Animatronic family as seen at the turn of the twentieth century, in the 1920’s, the 1940’s and onto present day and really hammers home how technology has affected every family member.

Here in 2017, if you are visiting all of the Orlando theme parks, you will encounter The Good, the Bad and the Ugly Side Of Technology. Currently, if you want to hire a locker, pay for a meal and instantly share photos from a thrill ride with minimal fuss, Disney are clearly leading the way.