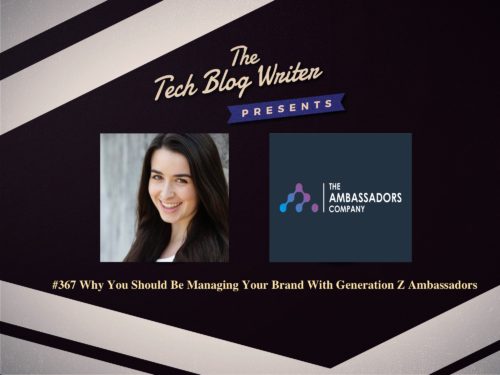 367: Why You Should Be Managing Your Brand With Generation Z Ambassadors

Known as the generation of digital natives, it’s become increasingly important that businesses and brands understand Generation Z and how they interact with technology and apps if they want to engage with this demographic more effectively. Who better to offer this insight than Gen Z themselves?

Teen insights, research, and consulting firm The Ambassadors Company recently conducted a teen study, delving into the tech, consumer, and everyday life habits of this new generation of consumers. Surveying a group of thoughtful, engaged, and archetypal teenage ambassadors, the study revealed important insights about teens app use, social media habits, and what factors impact their decision making when it comes to apps.

Story Behind The Ambassadors Company

Since she turned 13, Maxine Marcus has been fielding questions from her tech investor father. What did she think about this app? Did this product make sense from her perspective? How would she change it to make it better? Instead of answering and getting back to her life, a different idea dawned on Marcus: What if she offered teen expertise, designed to be organic and honest, to companies who needed it?

The idea for The Ambassadors Company was born. “I had the business model in mind before I ever thought I’d start a company,” says Marcus. “I wanted to do more than work for companies here and there. I wanted to make it my own. I felt I had the right set of tools to bring to the table.” Now 17, Marcus transformed herself from informal advisor to CEO. 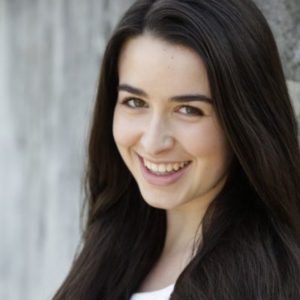 The tools Marcus brings are the systems and relationships to elicit quality, honest feedback from a group often dismissed, while being simultaneously courted. The Ambassadors Company gathers input from a team of 25 teenagers, selected from a team of 100, who test products, apps, and services. Instead of awkward hours in sterile focus-group rooms, product response and critique flows as teens integrate products into their natural environment to get the most raw response.

Marcus then harnesses this energy and distills it into incisive analysis for clients, including SoundHound and GotIt! “We provide the brutally honest teen perspective through insights and ideas,” Marcus explains.

Marcus set up a win-win situation for teens, a way for young people to contribute and find meaningful jobs that fit complicated lives. “This kind of work helps teens. It’s a great job that gets them out of the rut of having few employment options,” Marcus explains. “Lots of them get really excited about the work, and it engages the community in a way that helps both sides.”

Clients gain important insights, often early in the development process, into how young people actually make decisions around their product and engage with its features. Marcus tailors each campaign to the client’s stage and needs. “It’s very customizable,” she notes. “We can vary the number of ambassadors and the scope, from testing just one aspect or doing a deep dive into an entire platform.” Marcus then gives her fellow teens five to seven days to interact with the product, giving clients both raw data direct from the ambassadors as well as a summary report.

Teens are the perfect testers in many ways, even for products designed for the general market. “If you’ve grown up with tech and it’s ingrained in your life, you know what works. It’s second nature. It’s intuitive,” reflects Marcus. “If we can’t get it, no one will. We can articulate what products need to do and what makes sense to us. We are being thrown all sorts of stuff. We put on the blinders and look for what’s really good.”

Marcus knows her family’s involvement in tech, as well as her parents’ support and care, has been instrumental in founding her own successful company in her teens. She sees it as a gift she passionately strives to pay forward by helping other young people and showing what teens can do, given the right resources.

“When you’ve been given a lot, you have to do something with it. It’s not fair for you to squander this opportunity. You need to use it,” she opines. “It’s important that I take what’s been given to me and use it in a positive way. I want to build value and create interesting jobs. I want to inspire.  I want to be a voice that helps open that door for other people.”

Useful Links For The Ambassadors Company.