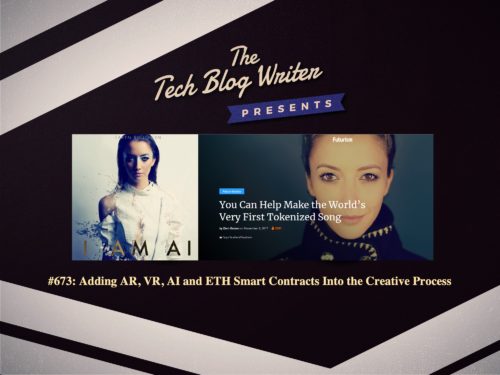 By administrator October 23, 2018 No Comments

Taryn Southern, singer/songwriter, filmmaker, and artist, recently announced the release of her pop album titled I AM AI. The first ever musical collaboration between a solo artist and artificial intelligence, I AM AI uses a variety of different AI software including Amper Music, IBM’s Watson Beat, Google’s NSynth, and AIVA.

It took a village (literally!) to make Taryn Southern’s new blockchain anthem too. New World is the first song to be tokenized with Ethereum smart contracts, allowing 240+ token holders to collaborate on lyrics and own a portion of the song. Each participant will receive royalties from song sales & streams through Trust Troken and delivered to their Ethereum wallet.

The album is distributed through stem.is, a distribution and revenue tracking service that enables royalty payments to be split between collaborators.

The music videos that accompany the singles leverage AR, VR, and 360° video technology too. I invited Taryn back onto the show to learn more about how she is leveraging all of the latest technologies and bringing them into every aspect of the creative process.

Working with AI not only helped me fortify my creative abilities, but it also gave me a new language and appreciation for music development and creation.

Taryn Southern is an artist and technologist with more than 700 million views across her videos. Since Taryn uploaded her first song to YouTube in 2007, she’s produced more than 1500 videos, guest starred on dozens of television shows, and hosted several music-related series and specials, including The American Music Awards, The Grammys, The X Factor. 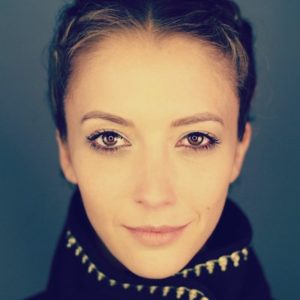 In 2013, her song “Crush” on the Mediabase Top 200 radio charts and she began hosting her own weekend countdown show for Sirius XM’s The Pulse. In addition to her experiments with AI and blockchain technology, Taryn is currently directing and producing a documentary on the future of man and machine.