138: Why This Entrepreneur Is Crowdfunding An Affordable Electric Car

Elon Musk’s Tesla electric cars are incredibly desirable but let’s be honest, they are way too expensive for most tastes.

I recently came across Storm Sondors who is crowdfunding his way to change this by creating the Model Sondors electric car that is projected to retail for under $10,000.Not only will it look fantastic, but you will also be able to charge it in the same way you would your smartphone, without having to rely on charge stops and the infrastructure behind it.

“You likely know the name SONDORS from our electric bike.

They said we couldn’t make an electric bike for $500. But we showed them that we could. With the help of thousands of supporters, we raised $10 million and delivered 15,000 electric bikes. We successfully created the first mass-produced, affordable electric bicycle. The SONDORS eBike is currently the largest electric bike distributor in the U.S. and is sold in 67 other countries worldwide.

Our founder, Storm Sondors, doesn’t like to do things the way they’ve always been done. He creates with accessibility in mind, choosing to start with the basics, rather than adding on to something that has already been created.

As we did with our electric bikes, our plan is to cut out the middleman. You will be able to custom pre-order your car online. You’ll get the all of the features you want without having to haggle with a salesman. And you won’t even have to leave your house. We’ll deliver right to your doorstep.” 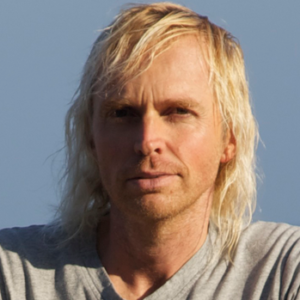 The creator already has the 2nd largest Indiegogo campaign ever under his belt with the Sondors eBike (né Storm eBike) which raised over $6 million. The bike became the world’s first mass-produced, affordable electric bike.

Despite achieving business and lifestyle success with the freedom that comes with it, any entrepreneur will tell you it’s not about money and never about just one startup. The story of Storm Sondors will serve as an inspiration to anyone that believes in dreaming big.