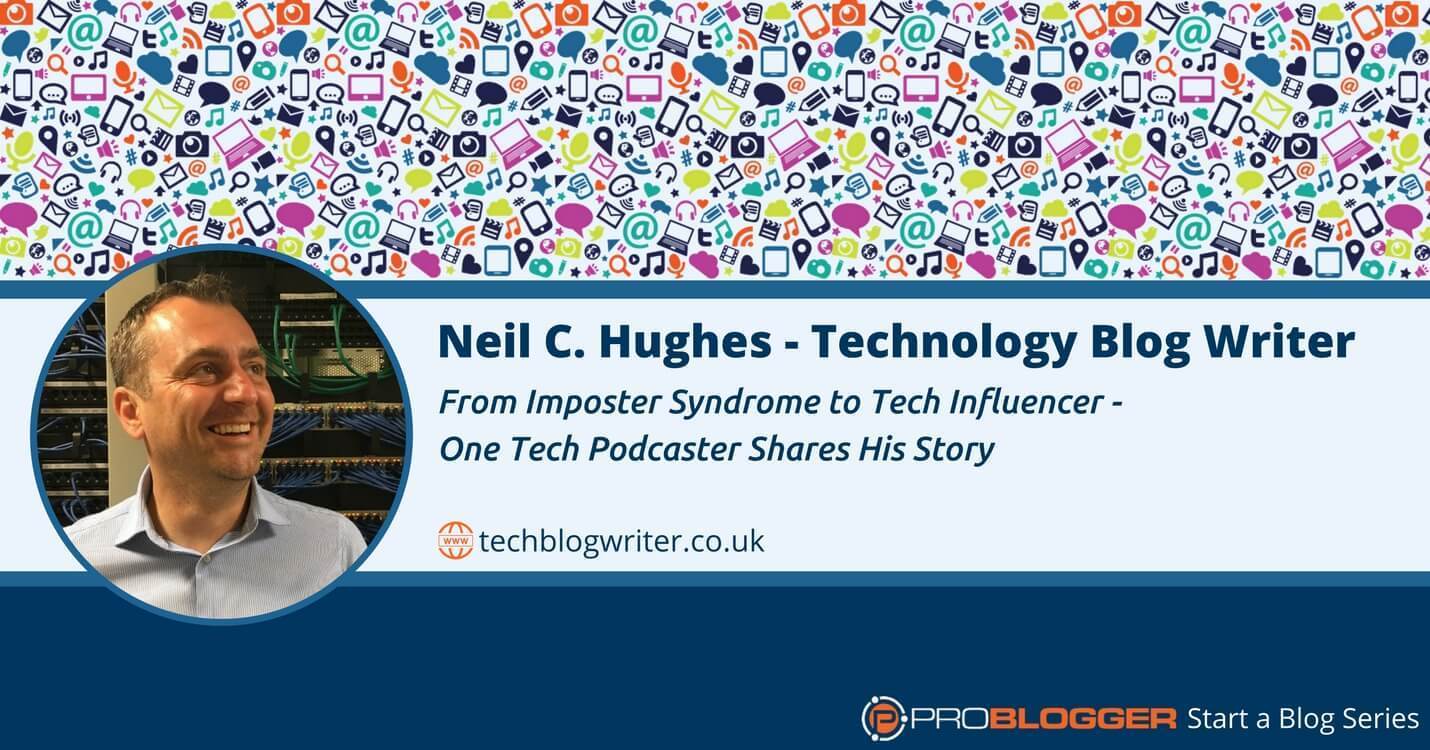 Darren Rowse ProBlogger recently invited bloggers from all over the world and different niches to share their stories and practical tips to help others launch their blog. I shared my story on the ProBlogger Podcast and revealed the lessons I learned along the way. 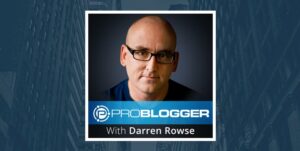 My journey began in July 2014 when I published my very first post on the LinkedIn publishing platform. It was a simple post calling out gurus, ninjas and those self-proclaimed influences, you know the kind, the Instagram expert with 72 followers.

The post was called The Rise of the Social Media Guru. This is where my tech blogging journey started. At the time, I didn’t have any objectives, any hopes, goals or dreams for the blog. I just wanted to share my insights having spent 20 years working in IT. I was originally scared about blogging on the LinkedIn publishing platform and crippled with that self-doubt and imposter syndrome that so many of us go through.

I still, to this day, remember nervously hovering over the publish button full of fears and doubts. What would my professional colleagues, friends, and contacts say? This was my personal brand on a professional platform that everybody would say and judge but obviously, I did hit publish on that post. It was instantly picked up and promoted by LinkedIn themselves. It received thousands of views. More importantly for me, fantastic engagement.

A year later, I had over a hundred tech articles against my name on LinkedIn that seemed to act as my own portfolio and cement me as a thought leader in the tech industry. What was also great about writing on the LinkedIn platform at the time was that they displayed all their sharing and viewing stats for everyone to see so everyone could look at all the articles you’re creating and how many views, how many likes, how many shares that you have.

Suddenly I found myself with one million views and was voted the number two tech writer on the whole of LinkedIn. Quickly I started getting accolades from my way including being named one of the top nine influential tech leaders on LinkedIn by CIO Magazine. ZDNet included me on the list of you need to follow these 20 big thinkers right now alongside from million names which is Jack Dorsey from Twitter, Elon Musk, Sheryl Sandberg and Jeff Weiner to name a few.

I still struggled with that pesky imposter syndrome. When I looked back at the mistakes that I made and I’d advise other people to avoid in their blogging journey, I would say that my biggest mistake was to unwittingly become too reliant on one platform. That platform was also somebody else’s playground. Essentially, I was just a guest there. Obviously looking back, I should’ve diversified my work much sooner.

My best advice to anyone who wanna be a blogger is that never have all your eggs in one basket and don’t rely on a game where you’re playing by somebody else’s rules and in their playground. Saying that, but I did make the most of so many great opportunities. My LinkedIn work suddenly catapulted me into the tech writing stratosphere. I now have columns in Inc. Magazine and The Next Web. Millions of article views no longer excite me, it was finding other ways to meaningfully engage with those million readers.

I launched my own podcast around the same time that Darren launched his ProBlogger podcast. I still remember, on launch day, we were featured side by side on the New and Noteworthy section of iTunes. I tweeted Darren a pic which he immediately replied to. This is where things got really exciting. Fast forward two years, I’ve now performed over 400 interviews with the most significant tech leaders and startups in the world such as Adobe, Sony, Microsoft, IBM, writers and even TV chat show host, Wendy Williams and movie star William Shatner. 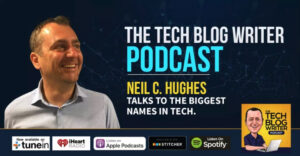 I still have to pinch myself. This work has enabled me to leave my day job as an IT manager and setup my own business. I’m now living by my own rules and doing something that I love to do. I guess worth pointing out, for me, it was never about the Neil Hughes show, it was about me sharing insights and my guest sharing insights.

I’m then throwing it out there to all the people listening and reading and consuming my content and asking them to share their stories. This was always my biggest motivation because if we think about it, our ancestors’ thousands of years ago went from town to town exchanging stories around the campfire. We’re doing the exact same now but around virtual campfires. We’re tearing down geographical barriers and stereotypes by talking, working, and collaborating with each other. That’s what this recording is doing right now, isn’t it?

My number one tip for any new blogger is to ensure that you don’t get carried away with this age of instant gratification where everyone wants instant success. Do not believe anyone that offers you a shortcut. Remember, we all digest content differently. If you wrote two blog posts per week, you can also turn those two blog posts into a podcast and into videos too.

After one year, you could realistically have 100 articles, 100 podcasts, and 100 YouTube videos. If your audience likes to read, listen or view their content, you’ve got all bases covered. Most importantly of all, think of the SEO there because all of that content is against your name. That will cement you and your reputation as a thought leader within your industry. It doesn’t matter who you are, a doctor, a priest, or a lawyer. You have to Optimize Practice Area Pages to effectively engage with and grow your audience.

Think of the SEO on iTunes, on Spotify, on YouTube and your own personal blog as a hundred pieces of content that sits next to your name. However, most people will end up doing 5 to 10 pieces of content in the New Year and say this is a waste of time and give up by the time they hit February or March. It’s that grind of getting 2 of pieces of work against your name every week until you have a 100 or 300 if you repurpose your content. That’s where the value is.

I think this is the only real secret to success. It is hard work. As Gary Vaynerchuk often says, “Don’t complain that you haven’t got a few hours to spend each week when you binge-watching TV shows on Netflix.” My number one tip for new bloggers in 2018 is two blog posts per week every week. Two per week becomes eight per month and that becomes a hundred over a year.

Along the way, don’t forget to build on your success and grab opportunities along the way. Just like a snowball rolling down a hill, your content and your portfolio will get bigger and bigger. That’s it for me. Guys, what are you waiting for?

You can listen to the show where Darren also adds his insights by clicking on the link below or by subscribing to his ProBlogger podcast on either iTunes or Stitcher. Darren is also offering a free course to new members too.