Marylene Delbourg-Delphis was one of the first European women to settle in Silicon Valley. She has affectionately been called the Duchess of Silicon Valley and is known as a tech pioneer, writer, translator and serial entrepreneur with over 25 years of experience.

Marylene started her entrepreneurial career in France as the founder of ACI (now 4th Dimension), which published the first relational database for Macintosh in 1985. In 1987, she became one of the first European women to found (with Guy Kawasaki) a technology company in Silicon Valley, where she has resided ever since.

Former guest Guy Kawasaki said “Companies need cross-disciplinary advisors who can read the tea leaves. Marylene is indisputably one of these rare birds.”

A serial technology entrepreneur for thirty years, she is insightful and strategic at the highest levels. Her passion accelerates success; her open-mindedness bridges the past and the future and facilitates consensus among the most diverse people. – Guy Kawasaki

Marylene went on to become the CEO of Exemplary Software (a Hewlett Packard spin-off), Brixlogic (acquired by Diebold), and TalentCircles. She currently sits on the board of several companies (including Virtual reality and Culture Assessment companies) and is a member of the National Council of the University Musical Society (UMS) of the University of Michigan.

Marylene is also a prolific writer who has written a large number of articles as a journalist and a blogger, written countless strategy and technical white papers as a CEO, board members and executive consultant. I authored several books on the history of fashion and fragrances before I started my first technology company, and have translated multiple business books from English to French. 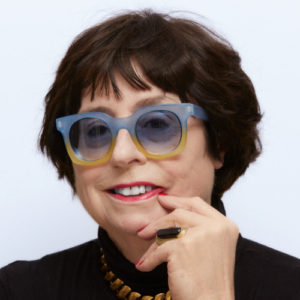 She is also active content curator focusing primarily on Innovation, Entrepreneurship, New Technologies, and People Management. But, today I invited her on the show to discuss her new book Everybody Wants to Love Their Job: Rebuilding Trust and Culture which is a pragmatic guidebook for executives, HR leaders, and employees.

Build a sense of community from day one and engrain meaning into the work! Culture isn’t about “values”: It’s the cognitive and emotional fabric that harbors/crushes belongingness, keys up/tramples diversity, and sparks/torpedoes innovation.