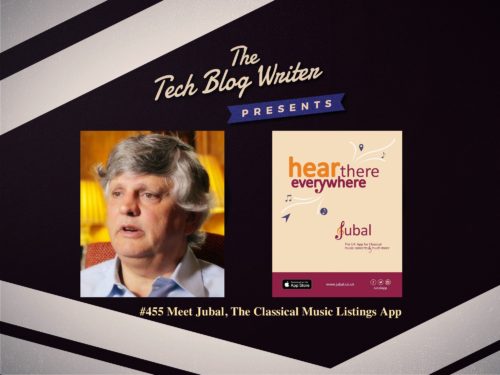 Today’s guest is someone who’s interested in classical music and discovered that he didn’t know when concerts were taking place. After experiencing this industry pain point, he thought that it’d be useful to have an App that has that information readily available and easy to use. Mabe it could even send him a notification from time-to-time to let him know when an up-coming concert involves someone that was of interest.

App fatigue highlights how we no longer want to fill our phones separate apps for every venue such as the Albert Hall in London and the Birmingham Symphony Hall. Jubal also enables users to see information about a venue, its location and can even get directions to it. The app also lists basic details of the event’s program and link to iTunes to hear excerpts from the pieces being performed.

Named after the first musician recorded in western culture, Jubal is an App that enables users to indulge their preferences and access details of events involving specific artists, venues and/or music genres. It was crucial for the team to create one app that was capable of uniting, classical music lovers, venues, performers, orchestras, and promoters. Francis Hornak advised that “We intend Jubal to benefit event goers – especially concert goers – promoters and artists”

I explore how this app will prove beneficial to all parties involved by encouraging the selling of more tickets for concerts thereby benefitting the venues and artists. The app is also aiming to make it easier for music lovers know when shows are on so that they don’t miss out on the opportunity of attending while also generating revenue for the employees of Jubal App website, its shareholders including the London Mozart Players.

Unfortunately, I have been contacted by the team behind the Jubal app who have advised the project has now been cancelled.