Have you ever been hit by a virus and been prescribed antibiotics? I suspect you have. But before you say nothing to see now imagine it permanently damaged your central nervous system and the doctors gave you months to live.

Jon Loew, KeepTree’s founder, and CEO, experienced a life-threatening illness and realized he might not be around to share his thoughts and feelings with his children. He searched but could not find a video service that could capture his ideas and deliver them to his children when they were older. Soon after recovering, he started KeepTree. 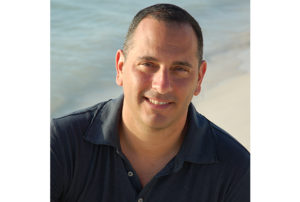 KeepTree’s patented communication technologies allow people to communicate using video like never before. KeepTree’s FutureSend allows users to record videos to be automatically delivered to loved ones now or up to 100 years from now. Sister site TroopTree is a FREE video service for military families that allows them to keep in touch during deployments.

Meanwhile, Vift Video Gift Message technology allows gift-givers to record a video message that gets delivered digitally at the same time as their gift. Essentially, it sends recipients video gift messages when physical gifts are ordered from online retailers.

Most of us are probably a little guilty of taking our near perfect lives for granted and I wanted to ask everyone to spend a few moments to listen to this show. In over 120 episodes this one contains more life lessons than any so far and promise that it will certainly offer you food for thought.

Jon did not use technology to create businesses for fame and fortune but to help him started recording legacy videos for his children to be delivered at specific dates and times in the future – birthdays, graduations, etc. when he thought he wouldn’t be around.