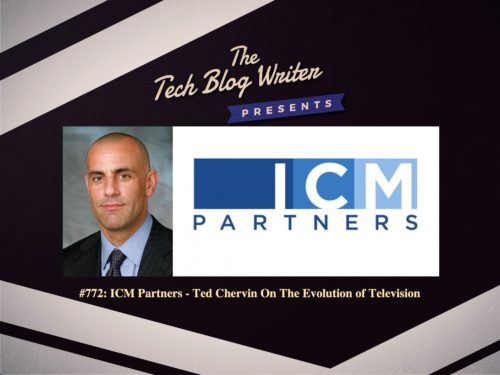 772: ICM Partners – Ted Chervin On The Evolution of Television

By administrator February 15, 2019 No Comments

On each episode of this daily tech podcast, I explore how technology is transforming every industry. Today, I wanted to explore the impacts that technology is having on television and invited ICM co-managing director – Ted Chervin onto the show.

ICM Partners is dedicated solely to the representation of artists, content creators, authors, artisans, and journalists. Many of the biggest hits in motion pictures, television, music, and publishing were created on the page, on the stage, in front of, and behind the camera by the agency’s clients.

The company has the expertise of a legacy agency, with decades in the business, coupled with the entrepreneurial spirit of its agent owners who bought the company in 2012 and operate it with its client’s best interests at the forefront of everything they do. The firm has offices in New York, Los Angeles, Washington D.C., and London.

The agency represents several noted executive producers and other showrunners and has successfully packaged hit shows such as “Grey’s Anatomy;” “Modern Family;” “The Big Bang Theory;” “Criminal Minds;” “House;” “Breaking Bad;” “The Simpsons;” “Sons of Anarchy;” “Frasier;” “Scrubs;” “The X-Files.” and many more. 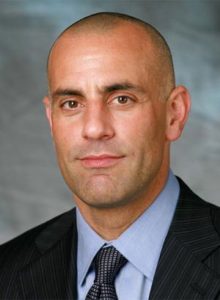 Ted Chervin is a founding partner and board member at ICM Partners, but I also wanted to explore Ted’s personal success story and an unconventional path to Hollywood. From a U.S. attorney who once indicted the head of Colombia’s Cali drug cartel, to Hollywood, Ted was also named in Los Angeles’ 500 most influential people by the LA Business Journal last year.

We also discuss the evolution of television and how technology has impacted the industry. Will we see a potential consolidation of streaming players such as Apple, Hulu, Amazon, Netflix, etc? Would any future mergers and acquisitions be a good thing for the industry? These are just a few areas that we explore in this episode.