I have had an Apple watch for three years. Despite trying several other wearable devices, I have concluded Apple’s is by far the best smartwatch that fits my lifestyle. A quick glimpse at my wrist enables me to see my next meeting. It allows me to use Runkeeper when exercising, listen to Spotify on my travels and pay for products on the move using my wrist. Switching to the Huawei GT2 smartwatch would be unthinkable, or would it? 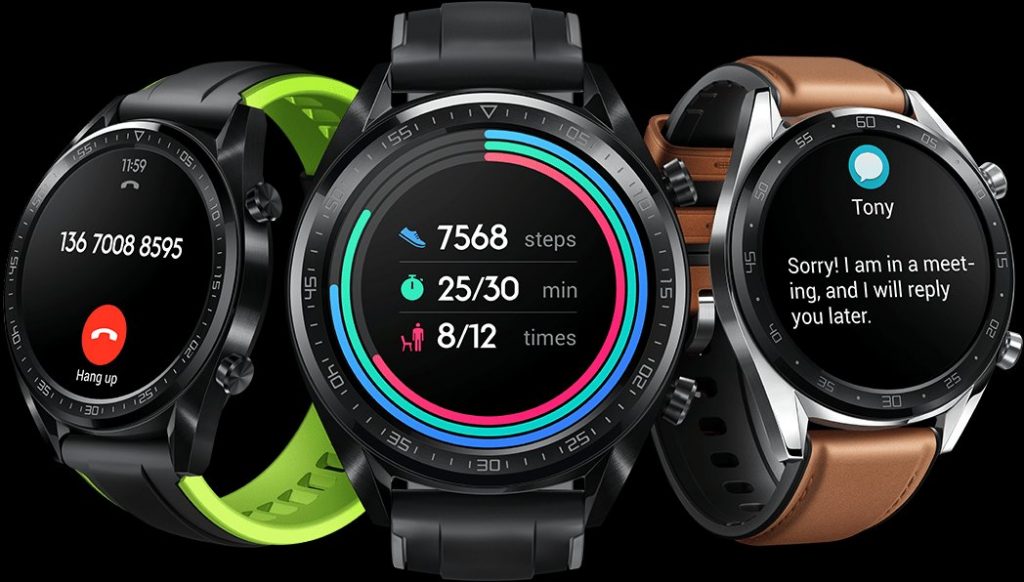 When out and about, I can make payments and manage both my runs on Runkeeper along with the soundtrack of my exercise, which could be music or podcasts. The only downside is a battery life of under a day, which makes it challenging to monitor sleep patterns. These are just a few reasons why I was excited to get my hands on a review sample of the Huawei Watch GT2.

The Huawei Watch GT2 has a battery life of two weeks! That’s right 14 days, which means one less time for my kit bag when traveling to a tech event or going on holiday. But could it really rival my beloved Apple Watch?

The watch comes in two sizes 42mm and 46mm. The device I received for review was the 46mm version, and what struck me immediately was that I found it more aesthetically pleasing than my aging Apple watch. The circular 454 x 454 resolution display and a 22mm strap undoubtedly look fantastic. But I wanted to find out if there was more to this wearable than its aesthetics.

The sleep tracking was quite a novelty for me as it was something that I have missing out on. Waking each morning and learning more about how my sleep patterns were impacting my day quickly became quite addictive. I was also amazed at how the watch picked up if I had a 20-minute power nap in the afternoon.

I was able to get around 12 days of battery life from the watch and the ability to obtain insights from my sleep. This alone felt like a big step up from what I had been used to with my Apple Watch. Now it was time to explore the negatives of the GT2. 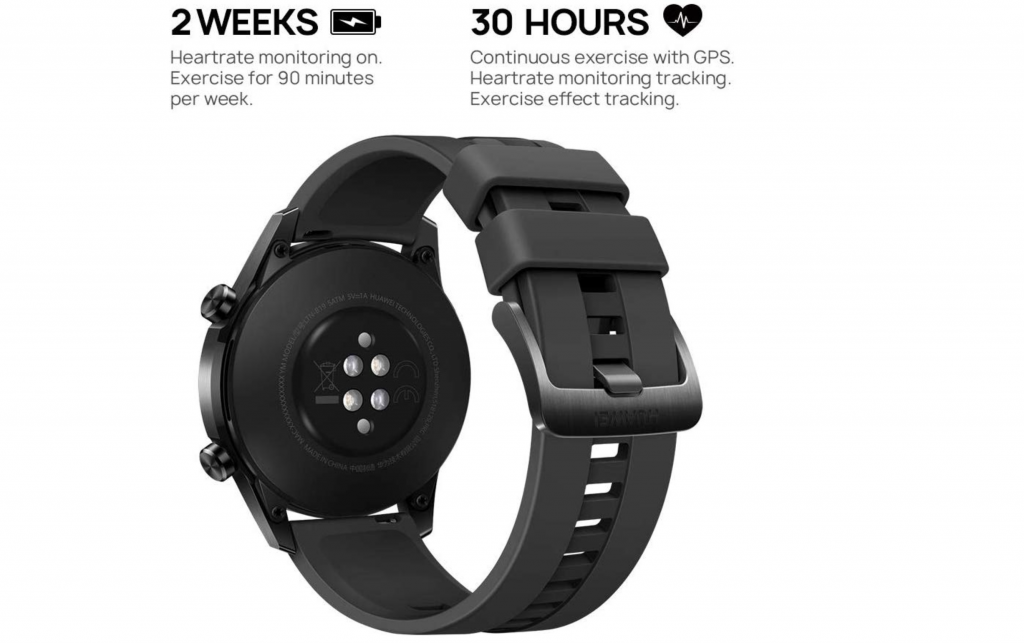 Ironically, Apple has a reputation for locking people inside its walled garden, unlike Android. But GT2 locks you into Huawei Health, which enables you to link with Apple’s Health app, Google Fit, and also My Fitness Pal. But third party apps such as Runkeeper, Endomondo, or Strava are conspicuous by their absence.

At the time of writing, there is also no way to customize the watch face that would enable me to take a quick glimpse of my calendar. A lack of NFC support also meant I started to miss the geeky ability to make a payment with my watch. But I suspect we can file that one under first world problems.

However, the biggest disappointment was the lack of Spotify integration. Sure there is 4GB storage for you to download and transfer your MP3’s but who does that in 2019?

In a nutshell, the GT2 looks fantastic and has incredible battery life. But the fact it doesn’t integrate with the third-party apps that fitness fanatics and techies take for granted really hold it back. The lack of functionality compared to both Apple or the Galaxy Watch will prevent many from taking Huawei’s smartwatch seriously.

However, if you are happy to remain with the confines of Huawei Health, you can have a great smartwatch at a great price. As for me, three months in, I have made a few sacrifices, but the look and 12-14 day battery life has been enough to keep the GT2 strapped to my wrist and the Huawei Mate 20X 5G  in my hand as I write this in December 2019.