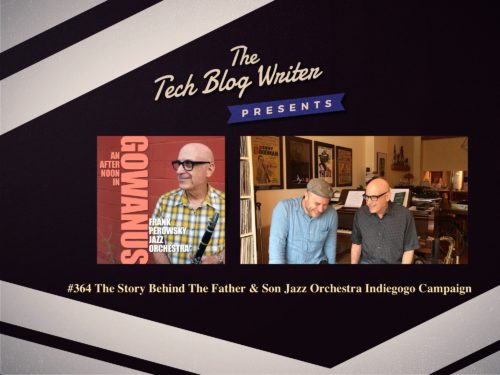 364: The Story Behind The Father & Son Jazz Orchestra Indiegogo Campaign

By administrator October 25, 2017 No Comments

Frank and Ben Perowsky are working professional musicians. But, they are also a father and son team that have collaborated with each other since the 1980s. Frank, the elder Perowsky, is a New York City based saxophonist and clarinetist who has worked with Peggy Lee, Sarah Vaughan, Billy Eckstine, Nancy Wilson, Frank Sinatra, Mel Torme and toured with Liza Minnelli’s band for more than 35 years.

Jazz drummer Ben Perowsky was born and raised in New York City; as a teen, he played behind his father. His notable career has placed him among a small vanguard of players able to move between jazz, experimental music and cutting-edge pop and rock.

The father and son team have collectively 90+ years experience and success in the music making business, playing on countless recordings and concerts. But, technology has transformed music for both generations. 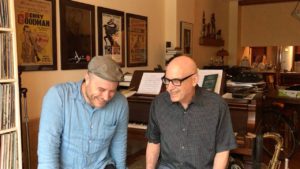 This is an exciting time for the music world. Record labels with funding are practically non – existent. Record stores are gone. Musicians, along with their fan’s generous support are self-producing/releasing their music in an unhindered fashion, putting the power into their own hands.

On a lazy spring Sunday afternoon in Gowanus, Brooklyn (a superfund site with a checkered past), they recorded the Frank Perowsky Jazz Orchestra in front of a handful of listeners, close friends, and family.

Frank and Ben decided to launch an IndieGoGo campaign to share this momentous occasion with the world. I talk to Ben Perowsky about why they turned to crowdfunding and how technology is transforming the music industry.