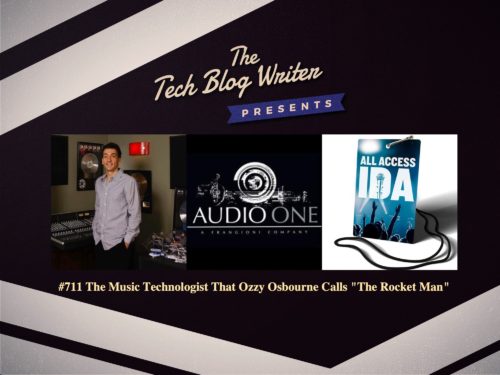 711: The Music Technologist That Ozzy Osbourne Calls “The Rocket Man”

David Frangioni is an entrepreneur, an award-winning music technologist, producer, engineer and drummer, VP of Entertainment & Digital Media for Klique, Founder of Audio One and CEO of Frangioni Media & IDA. David is considered a pioneer in the surround sound world and he co-produced/engineered the first 5.1 digital surround sound music mixes ever on CD for DTS in 1995.

Few people in the world of music technology can claim the amount of experience and credits that David Frangioni has amassed. Frangioni is the recipient of dozens of gold and platinum albums as technical consultant, engineer, and/or programmer, for work with the Stones, Ringo Starr, Elton John, Sting, Bryan Adams, Journey, Styx, Shakira, Rascal Flatts, Ozzy Osbourne, Cher and hundreds more.

Look inside South Florida’s smartest home put together by Audio One where $2 million worth of technology is used to control music, video, climate, security, even window shades, and curtains either by smartphone, remote or touch screens located throughout the home.

David was the in-house engineer in five of Aerosmith’s records and built their recording studios and high-end A/V systems. He also gained notoriety as the official technologist for “The Osbournes” and appeared in multiple episodes of their hit MTV show. Ozzy even jokingly referred to his as “The Rocket Man, only happy when he had a fuse box in his hands!”

In 2011, the Inspire & Develop Artists Program (IDA Program) was launched to help aspiring artists realize their dreams and goals, it’s been described as “Tony Robbins meets American Idol” having served over 100 artists. David brings his cutting-edge vision to the app Klique as well as Frangioni Foundation, his non-profit mission helping children in need through music, mentoring and drumming. 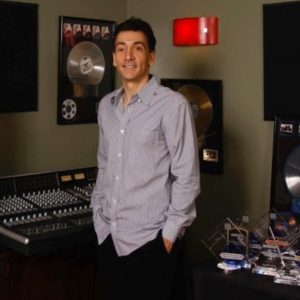 On my today’s tech podcast, David Frangioni shares his inspirational story behind Audio One’s high-end home tech systems that is loved by rock stars. We also talk about he is using his experience to inspire & develop artists with “IDA”. Frangioni also shares some of his Rock N Roll stories with Ozzy Osbourne and Aerosmith’s Steve Tyler.