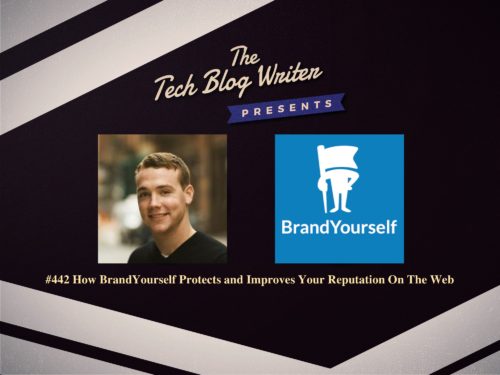 442: How BrandYourself Protects and Improves Your Reputation On The Web

Anyone that has seen”Nosedive” the first episode of the third series of the British science fiction anthology series Black Mirror will be wary of social scores. The episode was set in a world where people can rate each other from one to five stars for every interaction they have, and which can impact their socioeconomic status. But, a recent report from China suggests being judged on your social score is more reality than science fiction.

BrandYourself provides tools and services that help people and businesses monitor and improve how their image online, helping to clean up risk factors in search results and on social media as well as build a positive personal brand. The platform consists of a DIY online reputation management software that walks users through the process of monitoring and improving their online presence and reputation management services for both personal brands and businesses. The company has raised over 6 million to date and is headquartered in New York.

“We all leave a giant footprint on the web and organizations increasingly use that data to make important decisions about you. Your online presence now affects your ability to get into college, get a job, or even get a credit card,” advises Patrick Ambron, CEO at BrandYourself.

Patrick Ambron is the CEO and co-founder of BrandYourself.com and is recognized as a leading expert in Online Reputation Management, Online Privacy and Search Engine Optimization. In 2011, his company was named New York’s #1 Emerging Technology Business, making him the youngest person ever to win the $200K prize. He was recognized by the White House as one of Empact100’s top CEOs under 30, named Young Entrepreneur of the year by the SBA, and most recently, named to Inc Magazine’s top 35 under 35. 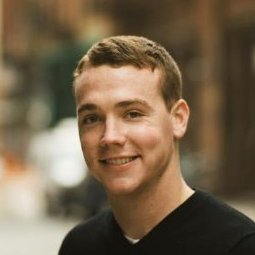 The company was named in Entrepreneur Magazine’s 2015 “Best Entrepreneurial Companies in America” as well as one of The Hottest Startups in NYC. When launching the company in 2012, BrandYourself was named the overall Startup winner at SXSW as well as PC magazine’s Top 5 Web Apps at SXSW.

I invited Patrick Ambron onto the show to find out more about the new features which were released after BrandYourself analyzed over 50 million Facebook posts and over 200 million Google results to form a baseline for its machine learning technology, these include: