CEO of BrainCorp Dr. Eugene Izhikevich is a world-renowned computational neuroscientist turned tech entrepreneur and robotics innovator. Known for his contributions to the theory of spiking networks, in 2005, Dr. Izhikevich implemented the world’s largest thalamocortical model. It simulated one hundred billion neurons and one quadrillion synapses–the same number as the human brain. His academic career resulted in many peer-reviewed publications and two books on neural networks and artificial intelligence. Dr. Izhikevich’s neuroscience inspired his vision of a world in which robots take care of humans.

In 2009, he founded Brain Corporation with the goal of building artificial brains for robots that were modeled after human brains. Since then, his groundbreaking A.I. research and profound passion for improving the human condition has attracted a team of accomplished scientists, engineers, and innovators from all over the world to help realize his vision. 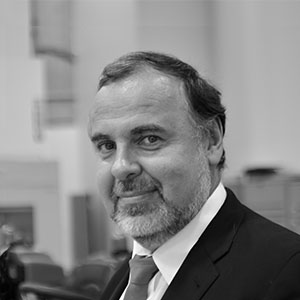 After nearly 10 successful years, Brain Corp needed a capital partner to expand its capabilities and evolve its proprietary A.I. technology. In June 2017, Brain secured $114 million in Series C funding, allowing the company to further develop its A.I. technology and create “brains” for multiple types of commercial and consumer robots.

I invited the AI and robotics company co-founder onto my tech podcast to share insights in the robotics industry and understand how BrainCorp is building brains for robots, and turning today’s manually-operated machines into tomorrow’s autonomous solutions.

Send your questions and virtual voicemails to Neil by clicking below.