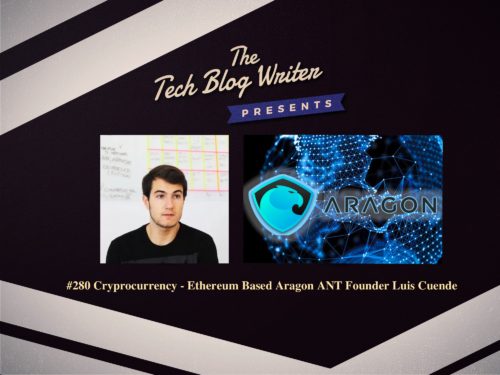 Aragon, the decentralized management platform for companies, recently announced that their token sale has raised $25,000,000 USD in less than 15 minutes from 2403 buyers across the world.

Boasting over 5000 test organizations already lined up, Aragon aims to show how decentralized organizations can be more efficient, transparent, cost-effective and accountable.

The  will be the first decentralized autonomous organization whose goal is to act as a digital jurisdiction that makes it easy for organizations, entrepreneurs, and investors to operate. The mission of the network will be the development of the Aragon Core contracts, contract upgradability services for all Aragon Core contracts with a built-in bug bounty mechanism, and a decentralized court system.

As outlined in the Aragon Development Plan, a for-profit organization, Aragon Dev will be created, employing a team to work on the Aragon platform, and acting as a service provider for the Aragon Network. Over the course of 2017 and early 2018, development will focus on deploying minor releases each with additional features, laying the foundation for the first major release in late 2018.

Luis Cuende, a Forbes 30 under 30, an MIT35 and a former advisor to the VP of the European Commission. At age 21, Luis is now the Co-Founder and Project Lead at Aragon, the world’s first decentralized management platform for companies. Creating his first free software project at the age of 12, Cuende was discovered early, with HackFwd awarding him the best underage European hacker at only 15 years of age. He continued to grow his reputation serving as an Advisor to the VP of the European Commission regarding Digital Agenda and entrepreneurship. Many know him for the book “I’m 18 and I neither study or work” (2014), or for his latest company,

Many know him for the book “I’m 18 and I neither study or work” (2014), or for his latest company, Stampery, a blockchain data certification platform, backed by the legendary venture capital firm Draper Associates, leaded by Tim Draper, investor in companies as Tesla, SpaceX, Skype or Baidu. 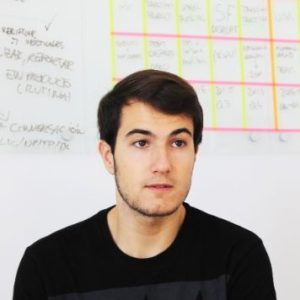 After the dot-com revolution and the rise of cloud computing, a new type of company has begun to emerge: businesses without traditional corporeal and geographic forms. Cuende created Aragon with his partner Jorge Izquierdo to build a management platform for these types of companies to be created and maintained. With features for payroll, governance, fundraising and cap table management, Aragon companies will be able to raise capital from anywhere in the world, pay employees in just two clicks, and own and transfer shares easily.

On the show, we talk about how he aims to show how decentralized organizations can be more efficient, transparent, cost-effective and accountable. We also discuss cryptocurrencies such as Bitcoin, Etheruem, Ripple, and SiaCoins and how this technology is changing everything.