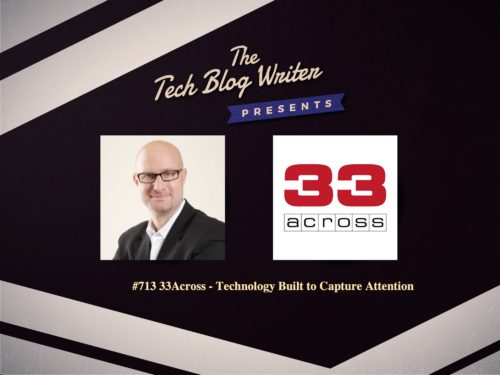 713: 33Across – Technology Built to Capture Attention

By administrator December 7, 2018 No Comments

33Across is an advertising technology company focused on solving the challenge of consumer attention. Their Attention Platform is the first programmatic solution to unify high-impact creative, quality supply, and true technology-driven scale. Delivering superior audience engagement to brands and providing publishers with the ability to drive incremental revenue, the platform results in greater efficiency and a better consumer experience.

While online ad spend grew to $88 billion last year, according to the Interactive Advertising Bureau, more than 90% of that growth last year went to Google or Facebook. Meanwhile, these two companies – and suddenly AT&T – are seemingly scooping up adtech companies left and right.

So the obvious question is, is it even possible in this new world to be a profitable independent digital advertising company? Or, are all these companies, to put it bluntly, screwed? I invited Eric onto my podcast to share his inspirational startup story.

Eric Wheeler should have been feeling good. It was July of 2012 and he’d just raised a $13M Series C round. But, the founder and CEO of high-flying adtech startup, 33Across, had an uneasy feeling. One that would soon morph into despair. 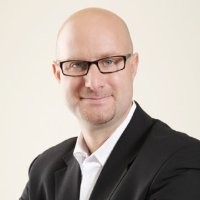 Seemingly overnight, 33Across would see millions of dollars in pipeline disappear while it saw its near profitable status turn into millions of loss. That $13M Series C was quickly evaporating. Eric knew he had to make some changes immediately.

Ones that would involve re-inventing the company. All told, 33Across would lose $4M more than planned in the turn-around. Looking back on the experience, Eric says, “What I didn’t realize at the time was how incredibly hard it is to take a business and turn it so quickly when faced with such strong and dominating headwinds.”

Eric shares the dramatic 180-degree pivot the company made and creating an entirely new business model while simultaneously convincing investors and customers (agencies and large brands) to stick with the company. And, the turnaround has been dramatic.

33Across has seen 100% year-over-year growth for the past four years and has effectively gone from zero revenue to an annual run-rate of $100M while becoming profitable. How did Eric accomplish this feat?

“The things that were putting our model out of business – the move to programmatic (automated online) advertising, the need for more transparency, the focus on greater ad quality – were the exact things that we ended up basing the business on going forward.”