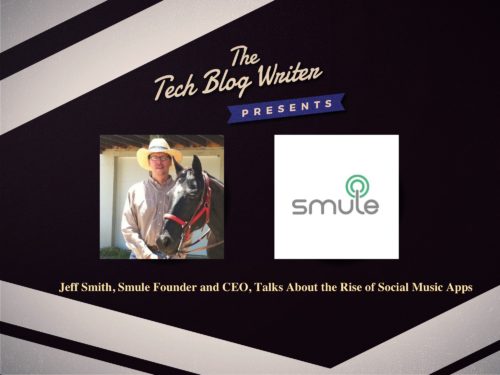 As anybody listening probably knows by now from my annual pilgrimage to the Glastonbury music festival I’m a huge music fan and have somewhat of an eclectic taste. Over at Smule, they believe music is much more than just listening. It’s about creating, sharing, discovering, participating and connecting with people. They also believe it’s the original social network and has the power to break down barriers, touch souls and bring people together from all over the world.

Back in 2008 they set out to create apps that enabled anyone to create, love and enjoy music. The name Smule might not ring any bells but they have three of the world’s most downloaded apps under their belts with hundreds of millions of downloads. The CEO and co-founder of Smule, Dr. Jeffery C Smith is on the show tonight to talk about this fantastic musical journey that really is using technology to bring people together. 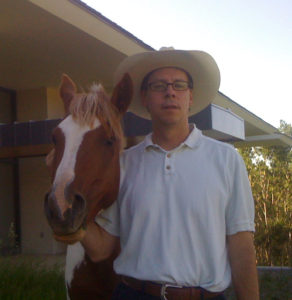 Can you tell the listeners a little bit about yourself and what you do?

I’m Jeffrey Smith. I’m the co-founder and CEO of Smule. Smule is the leading social network for music powered by a family of mobile applications that allow people to play and sing songs together across the internet. Smule scales to over 40 million users who are performing and singing around 20 million songs a day through their mobile phones. That’s my day time job. My night time job is I’m a researcher and I teach a class at Stanford University which is where I did my dissertation. We’re developing a new field at Stanford that will allow us to use science and statistics to have a better understanding of why people engage in art.

For anyone listening who has never heard of Smule can you tell us more?

Smule has a family of apps that really span the musical palate:

Smule is often referred to as offering an audio equivalent of Instagram. Can you tell the listeners a little bit more about that?

The thing about Instagram is very few of us are professional photographers. Yet with Instagram we can snap these photos and make them look quite spectacular and beautiful simply by migrating through a handful of filters then you can share them through a social graph you’re sharing with other people. In some ways we’ve done the same thing with music with Smule. Not everybody is a professional singer yet we’ve also built these filters that make it easier for you to correct pitch and manage things around your voice and make you sound better and hear better.

Smule is so successful that I believe you guys run the Smule World Series and that was billed almost as an Olympics of singing. How did that go?

It went well. By the way, we didn’t organize it, our community did. Our community on their own said we want to start these contests to invite people to come in and create music together. There was the Smule World Series and the Smule Olympics. When you listen to some of the people who won the gold, silver and bronze in the Smule Olympics it’s unbelievable. People representing six different continents participated.

What’s next for you guys?

The past four years, believe it or not, we haven’t shipped a single new product. Yet our business has scaled in terms of around 12 million to over 100 million now. We have a million and a half paying subscribers to the service. Despite having not shipped a new product we have really seen the social community grow. We’ve seen more people join the social graph and a lot more content being created on that graph. As far as stuff coming down the pipe I can’t get too specific but this year before the holidays we are going to ship a new application. We’ve been doing a lot of extended testing and having a lot of fun with it.